Games Preservation: Are devices like the Intellivision Amico and the Evercade the key?

Today I’d like to talk about the effects devices like the Evercade and the upcoming Intellivision Amico have on games preservation. Are devices like these the key to continuing the legacy of classic games that may have otherwise been lost to time by shedding light on them in different and interesting ways? Let’s take a closer look. 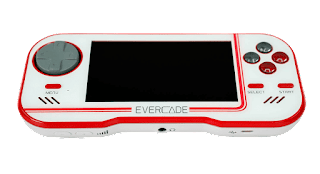 Starting with the Evercade, this device seems tailor-made for the purpose of preserving video game history. The cartridge-based design lends itself to collectors for sure, with nicely designed packaging and well thought out and artful inserts inviting all to explore the games within. The team at Blaze Entertainment seem dedicated to evoking nostalgia as much as they are inviting everyone to explore games that they might not have played, or even have known about.

How so? Well most of the collections that have been released so far, and many of the recently announced collections have unreleased titles within. A great way to shed light on games from many console generations, from early second generations up until 32 bit generations. With a system capable of delivering experiences from such a diverse amount of platforms, Team Blaze and the Evercade certainly seem poised to bring light to many hidden gems, as well as celebrating the classics that many know and love. 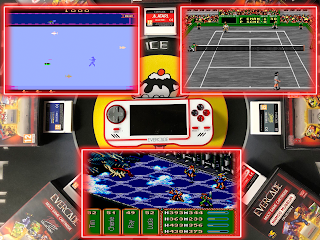 With games like Aquaventure on the Atari Collection 1 Cartridge (an unreleased prototype that has seen release in only a few places), to Brave Battle Saga on the Piko Interactive Collection 1 Cartridge (a release that originally released outside of the NA Territories), and continuing on to Tennis All-Stars on the upcoming Codemasters Collection 1 Cartridge (As of yet, a completely unreleased title)...Blaze Entertainment continues to bring games that were previously unavailable in certain territories to them along with great hits from each developer. It’s an approach that is as smart for them as publishers, as it is enjoyable for the collectors. I know in my own experience, I enjoy each cartridge announcement, as it gives me more hidden gems to look forward to playing!

It’s this approach, the affordability of the console, and their attention to detail that make Blaze Entertainment’s Evercade a great fit for collectors, and an awesome little device to keep parts of gaming’s history from fading into obscurity. I, for one, am happy that I found out about this handheld, and I hope it’s success continues so that others may find the joys of finding, learning, and enjoying these awesome games!

So how does this equal games preservation? Well, it’s because Blaze Entertainment chose to place their games on cartridges, that allows these titles to live on even longer. You see, many cartridge based systems are rapidly approaching ages of 30-40 years. That’s a long time for these PCB boards, connectors, chips, and readers to stay in good shape! While some collectors take exceptional care of their games, some older titles become rarer, and therefore expensive. This could lead to titles getting lost to time, as people forget about some of these games. With Blaze Entertainment printing these new carts, these games are getting new leases on life, and are free of the new-age digital hurdles of games being removed from digital marketplaces due to contract disputes and other technological issues. Plus, these new carts will likely have the same shelf life of some of those older systems. So if one can keep that handheld in good shape, you could be playing these great games for years to come, without worry about whether or not that original console still boots up! 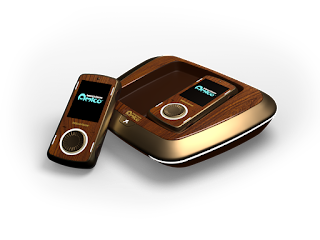 The Intellivision Amico is a unique system, aimed at bringing back the feelings of togetherness while playing games. Much like the systems of old, and very specifically like the original Intellivision itself, the Amico is trying to re-capture, and re-kindle what it means to have family gaming in the living room. As someone who grew up when the second generation of video games was popular (Atari 2600, Intellivision, Colecovision), I know what they are aiming at. That feeling of getting together with everyone...I mean EVERYONE, (Mom, Dad, Grandparents, and heck, even your 4 year old siblings and cousins) and playing simple games that are meant for pick-up-and-play fun. It is a system that begs to be at the center of what "family time" used to be back then, a time in which everyone would sit down after a meal and do something together, instead of say burying their faces into the warm glow of their cell phones or tablets. It will encourage collaboration, not isolation, as so many modern games have intentionally, and unintentionally led players to these days. I’ve been looking for something to introduce to my own growing family that would do this, and I’m so happy that Team Intellivision is on the case here. 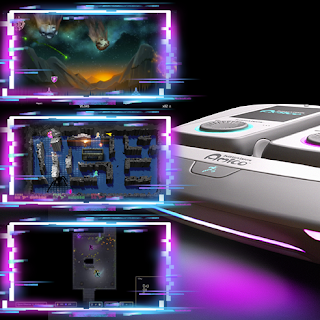 What’s the angle here on games history, and it’s preservation? Here, Team Intellivision is taking a very unique approach. They’re re-imagining classic titles to bring them up to date. So all of those classics from the Intellivision era like Astrosmash, Night Stalker, and Cloudy Mountain (Advanced Dungeons and Dragons), are getting a new coat of paint, brand new soundtracks, and all sorts of new ways to play these games together. So instead of just bringing those classics back as is, old and new audiences will now be able to experience these games in a refreshing way. It's certainly a interesting twist on what one would think of as preservation, but it is indeed in it’s own right, as it will be the spirit of these games that will be living on under all of the new sheen.

Now this isn’t to say that those original titles will get brushed aside. On the contrary, Team Intellivision has plans to release these classics in their original state later on in the life cycle of the Amico. This gives a "Best of Both Worlds" approach to avid fans and collectors alike to get the newly reimagined titles, as well as their old favorites, right under one umbrella.

There are even more efforts for preservation of titles, by way of getting independent developers involved. Some of the titles that will be appearing on Amico will be great titles that need a new spotlight. These games have been released elsewhere, where some of them were almost buried under the deluge that is the console and mobile marketplaces. Team Intellivision has a curator’s approach to their release cycle, making sure that every release gets it’s day in the sun. It also is making sure that these games don’t fade completely away under that pile of releases on the other platforms. Hey, finding that a console has 2,000 releases is awesome, but sometimes it's nice to know that someone is going to make sure that you’ll be able to find them, right?

It seems that Team Intellivision even has the plan for keeping the system alive post-support as well. You see, being an all-digital system might give those preservation purists some uneasy feelings. But the system will be able to be played without a persistent network connection. This means, that like the Evercade, as long as the system is kept up well, you could be playing these great games for years to come! Not many games in the current generation will work anymore after the servers go down, even in some single player experiences. It’s nice to know that there will be some comfort here on Amico.

But to me it’s more that just the ability to play these games after a while. It’s the fact that those on Team Intellivision love these classic games so much that they WANT to bring them into the modern age. Without these efforts, some of these amazing Intellivision games might fade the same way as those classic rare carts from other systems. It gets me excited, and makes me so happy that I’ll be able to share these titles with my sons, friends, and family. Getting to play these greats in a refreshing new way is a great bonus as well! 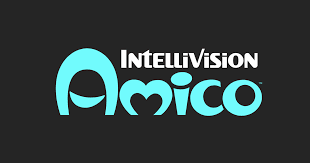 I'm sure glad to see that both of these companies are doing their part to make sure that cool gems and great classics get seen by fans new and old. Not to say that there aren't other ways to find some of these games, or that there may be other ways to think of games preservation, it's just nice to know that these two devices are around to help keep the memories alive in their own way. I look forward to seeing the growth of these platforms, and am ready to share and enjoy them with everyone!

Unknown said…
Love this Rich, well done! This is such a great topic we need to discuss next week on evercast!
February 13, 2021 at 6:18 PM

Community Links...Join in and be heard!